The #MeToo movement has been challenging the status quo on several industries and countries across the world over the last few months. There is much work to do to achieve full equality and outcast abuse from all societies.

Anyone (female or male) that has been abused and wants to speak up should be able to do so freely. But I personally feel the conversation should not be restricted to denouncing those that have abused others but educating everyone constructively on how to stop this from happening.

One of the definitions of abuse is “use or treat in such a way as to cause damage or harm”. This stresses the effect on the receiver as the trigger to qualify something like abuse or not. The focus should be on how the person perceives/feels the action, not only the action in itself. Some forms of sexual abuse like rape are punishable by law but not all forms of abuse are and that doesn’t mean someone hasn’t been abused. The moment your boundaries are compromised and you feel uncomfortable something has gone wrong, and you are in sexual abuse territory.

Denouncers of the movement say people are taking compliments out of proportion, how is flirting and dating going to survive? Some people are being accused of placing the hand on the knee, surely that is not that big of a deal some say. I can understand the argument from people like Margaret Atwood saying all human beings have the right to a defence, even those accused. I can even understand those (usually men) that say they were not aware of how people felt about their actions and how surprised they are about the number of people around them that have been abused. Since everyone has a different level of tolerance one person can receive something like a compliment or a joke and other like something offensive or abusive. This could potentially be confusing to some people although it should never be used to justify abuse or dismiss complaints from someone. That is why for me expressing our own boundaries is as important as teaching people to respect the boundaries of others, whatever those are. 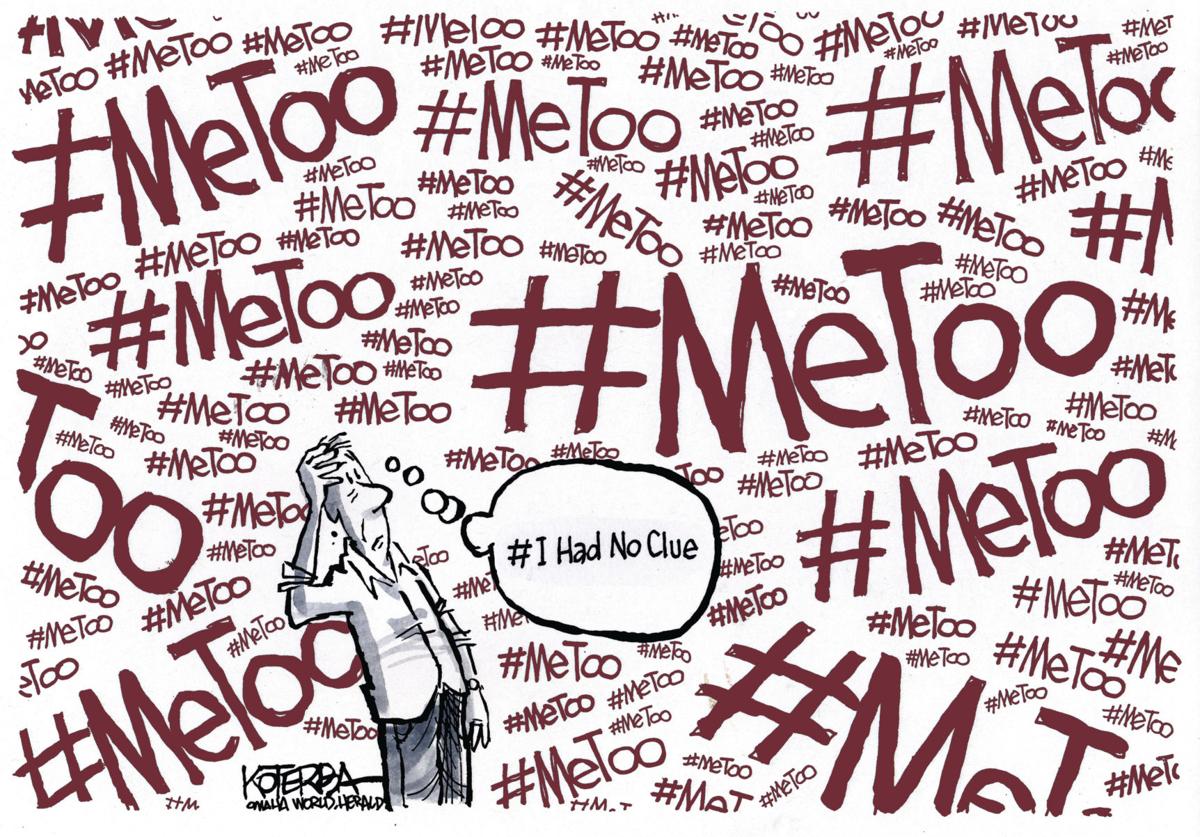 In all this back and forth people are focusing more on the allegations rather than a basic principle at the heart of any abuse. Is not only about the acts themselves, how people felt because of them is as important, especially in those situations where the law does not provide guidance. And that is a big component to identify abuse and work to remove it from society. A hand on the knee may not be a big deal to someone, but if you are uncomfortable it is a big deal for you and no one should be criticised for having different boundaries.

We all have a responsibility to be more open about our personal boundaries and express discomfort if necessary. What we feel is acceptable in each circumstance and what it is not. How many times we let people do something cause we don’t want the difficult conversation and receive criticism just for trying to set up our boundaries.  Victims don’t deserve abuse of any kind and victims are not to blame. The abuser is in the wrong, always. But I think we all should call out unwanted behaviour to educate each other and facilitate change. If you don’t like to be touched by strangers and a stranger touches you,  the stranger has done something wrong to you and you should feel empowered enough to make some sort of gesture to express discomfort and the other person should pay attention enough as to not to cross that boundary again. For me teaching respect for others goes hand in hand with expressing our boundaries.

Unless we start talking widely about constructive ways of having these conversations we will keep hearing about abuse stories. Denouncing abuse is necessary and it is definitely proving to increase awareness and promote the creation of safer places for victims. But for me, real change will come when we educate each other to stop the abuse from happening in the first place. I hope that conversation overpowers the analysis of allegations soon.

As allegations against Harvey Weinstein come forward I praise all the women willing to speak about their experiences and the culture in the show-biz. At the same time I am disgusted and disappointed by all those lying to protect their public image or criticising people speaking up, saying things like “why didn’t you say something sooner”. This is the perfect response for that wrong-twisted argument.

Unfortunately, that is not the only industry with predators, they are all around us in every place. Alyssa Milano was absolutely right to re-initiate the #meToo discussion to show how much sexual abuse lies in our societies. I am 35 at the time of writing this post and during my lifetime I have encountered a fair share:

Implying like Donna Karan that depending on your clothes you would attract sexual assault is offensive, total hypocrisy from someone using sex as part of the promotion of her work and a proof of sexism in women. To me that is the worst kind of sexism of all.  Mayim Bialik has also implied that the key is staying away from predators, don’t go to a place that could be compromising, don’t wear clothes that could attract attention, don’t be naive and you will be safe. She acknowledges that there is no excuse for sexual assault but all these conditions that she offers for her success avoiding abuse have a big pitfault.

Not all predators wear a T-shirt saying “look out, I will do whatever I want regardless of what you want”.  Some people (men and I am sure some women) only care about what they want and they would assault to a fellow human being regardless of:

Sexual assault is a crime not properly addressed by society. The fact that presenters at gala’s (or any other place) are willing to make jokes on the back of it and predators are rewarded with positions of power are just proofs of how poorly understood and prosecuted it is. Anyone with this kind of behaviour in any industry or social group should be outcasted.

For those thinking that a bit of flirting or banter wouldn’t hurt anyone I repeat, this is not about your intention but how your action affects the receiver, it is never only about you. When in doubt keep in mind the following basic principles:

In a decent world everyone would stand up to predators, men and women alike. It is important to understand consent. As women I think our role in shaking up things and demanding people to know what consent and physical boundaries mean is even more important, even if this lesson should have been learned by now… Not only to support those that have been victims but to educate everyone on how people should behave and how we should be treated by others. Women don’t only influence our surrounding women but also the men that we interact with, either at work, at home, the circle of friends or family members. We need to spread the right thinking, even if sometimes requires uncomfortable discussions and challenging people on things they may see very differently and therefore argue against.

If someone hasn’t been the victim of sexual assault they should feel lucky and full stop because it is not what you do or not do to attract them, it’s just being lucky enough not to encounter them or to escape on time if you do. Something we all can do is teaching and demanding people to respect their fellow human beings, to stop covering up and implicitly endorse predator behaviour. I don’t mean outing experiences per se, that is a personal choice, but engage in constructive conversation to enforce how important changing perceptions is to make a shift of consciousness and real change. And this goes for women and men, there are men that are respectful and supportive, they just need to stand up at every corner and call people out when required.